On 2nd November 2015 at the Sheraton Hotel Hanoi, BIDV Tower Joint Venture Company hosted the 10th Anniversary Celebration (02/11/2005 – 02/11/2015) to mark and reflect on the process of the formation and development of the Company over the past 10 years to appreciate the Managements, Clients, Partners and the previous as well as present staff, with this, the Company staff would bring into full play of the tradition to perform better their given tasks.

The Anniversary were attended by the Managements of BIDV, Bloomhill Holdings, Partners, Tenants of BIDV Tower, as well as the past and present Managers and Staff of the JVC. 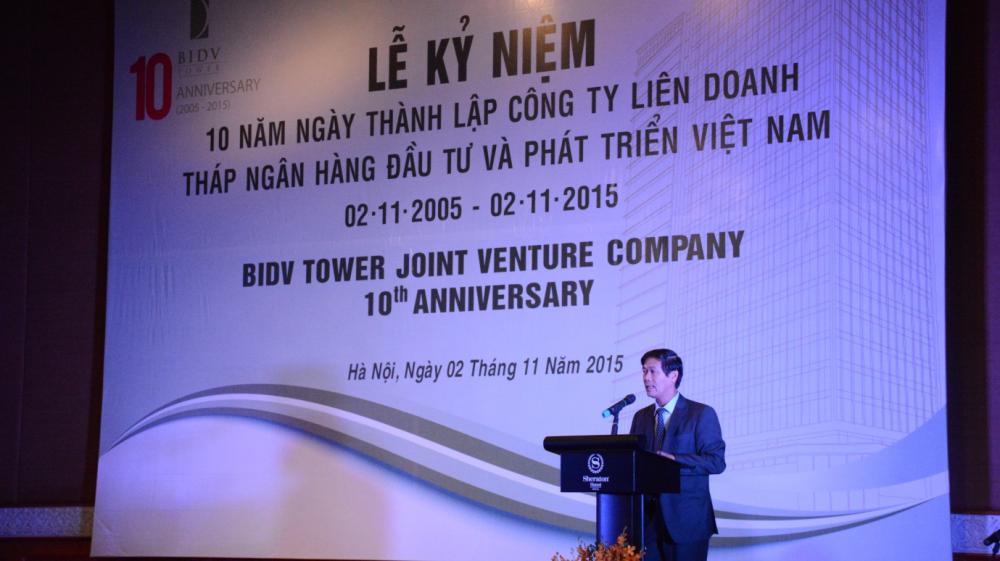 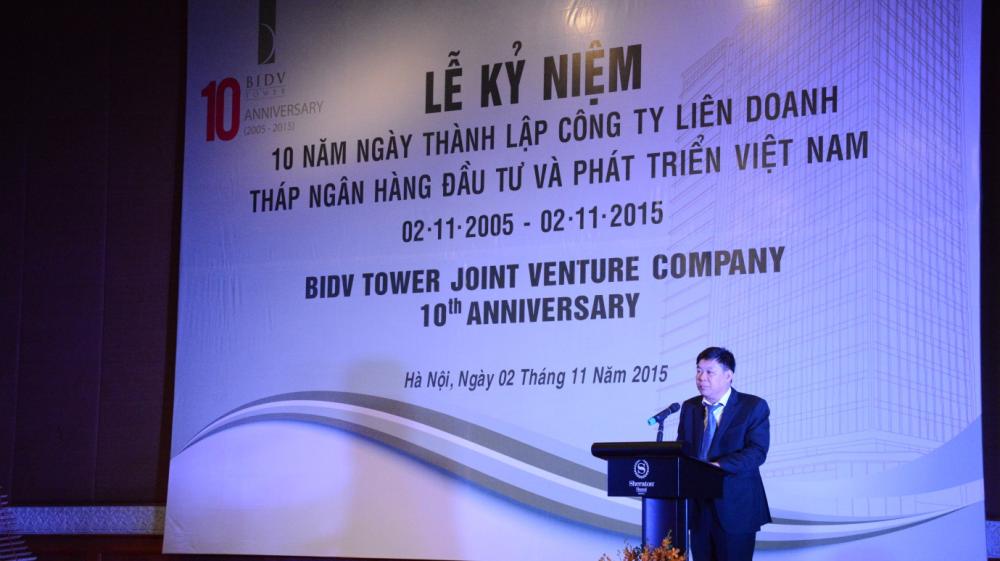 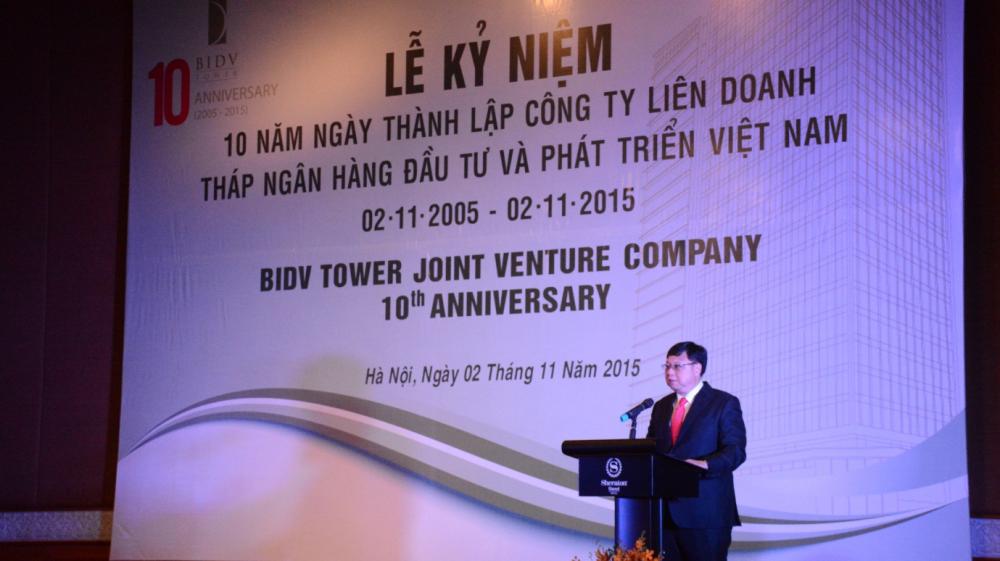 On behalf of the Company Management, Mr. Dang Minh – JVC BOM member and General Director in his speech gave an overview on the achievements of the JVC over the past 10 years and the objectives to achieve in the time to come. He also thanked BIDV for their guidance and support through the past journey of the development, the partners, tenants and the colleagues who have been together with the Company overcoming the periods of challenging time to excellently perform the business tasks.

Mr. Tran Thanh Van – BIDV BOM member and JVC Chairman, on behalf of the BIDV and Mr. Ong Kim Seng Harry, on behalf of the Bloomhill Holdings, gave a high appreciation on the process of formation and development of our JVC over the past 10 years and extended their thanks to the partners, tenants and the JVC’s past and present managers and staff as well, for their best efforts and contributions. 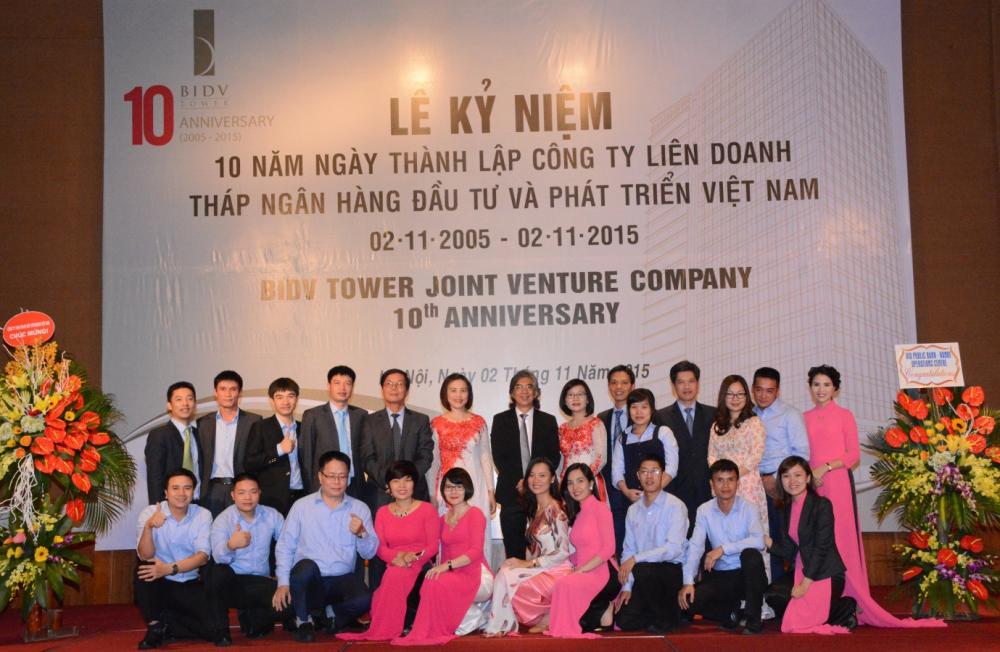 The delegates and attendees had a dinner together with cheering conversations in a formal, joyful and warm atmosphere.